My Model A Sport Coupe was previously owned by my neighbor, Ken Hollub. Ken was an inspirational
person known by many people in the Waukesha area. “Coach” Hollub was a teacher and the football
coach at Waukesha South, from 1955 to 1976 (where I currently go to school). When he was the coach,
his team went six seasons straight without losing a single game! One of his players even went on to play
for the Green Bay Packers. He was so beloved by the school that they even named the football stadium
after him.

In the 1960’s Ken bought the Model A from one of his students for $50.00. He drove it every day, even
in winter! Regrettably, Ken developed Alzheimer’s. After a few years Earline, Ken’s wife decided the
best thing for the Model A would be to sell it. It was her wish to see the car go to a good home and to
someone who would keep it original and not hot rod it. My mom and dad knew I loved the car and even
though I was only 13, they surprised me and bought me the car. Earline was happy when we bought the
car because she knew it would be well cared for.

In 2015 Earline thought it would be a great idea for us to bring the Model A up to the Heritage Senior
Living Center, the memory care facility where Ken was living. This visit would allow Ken and the other
residents to see Ken’s old car. She called back later and asked if we could possibly invite other antique
and classic cars also. I reached out to friends to put a small “show” together. Then, the worst thing
happened. The night before we were supposed to have the car there, the U-joint broke on the Model A.
So, instead of taking the Model A, my father and I drove his MG TD to the Heritage and in spite of the
rain, we had four other cars join us. The residents were thrilled to get outside and see the cars! Later that
summer, Ken did get to see the Model A and go for a ride in his car once again. I’ll never forget it, Ken
was wheeled out the door of the Heritage in a wheelchair but when he saw the car he confidently got out
of the chair and walked unassisted to the Model A and got in. Everyone was amazed.
Unfortunately, Ken passed away in March of 2016. I’m so glad we had the opportunity to take Ken for a
final ride in the car he loved before he passed.

The excitement of the residents at that first “show” was so inspiring to me that I knew I had to do it again.
I told the Heritage that I would have another show in the summer of 2016. My requirements for the show
were for the cars to be authentic (no replicas) pre-1987 and all stock (allowing slight modifications for
drivability) and that all funds raised would benefit the Alzheimer’s Association. I wanted all stock cars
because I felt these would be the vehicles that the residents would remember from their childhood as well
as adulthood. The Heritage gladly agreed to support the show.

On June 11th of 2016, 30 stock antique and Classic cars showed up to the Heritage Senior Living Center.
The residents, their friends and family, the staff and general public loved it. I am proud to say that we
raised over $700 for the Alzheimer’s Association.

The second show was held on June 10th, 2017. I invited over 50 cars. Rain and the threat of hail
dampened the number of cars that attended but we still had 12 cars and we raised over $1,000.

The Third Annual Ken Hollub Memorial Car Show will be held on Sunday, July 1st from 11:00 a.m. to
3:00 p.m., with show cars, asked to arrive by 10:15 a.m. at the Heritage Senior Living Center located at
1831 Meadow Lane in Waukesha (put in Pewaukee if you’re using a GPS). There will be trailer parking
in a nearby parking lot. Awards will be presented at 2:45 p.m. I am hoping for an even bigger turn-out
this year and no rain! 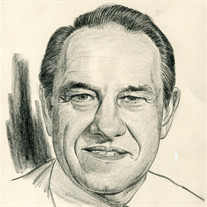